I haven't even started the blog and some of you are wondering what's up with the number eight?  Why on earth is Ranger making such a big deal?  I'll tell you why.  In the midst of COVID-19, in the midst of closing our summer camps for the first time ever, we need a little bit of good news.  And you know me, I can make septic tank arrivals good news! 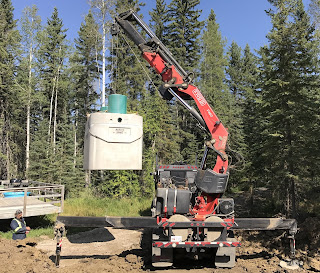 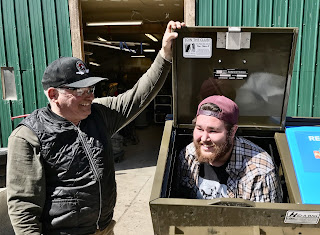 The big deal with the number eight is that we received eight HBII Container c/w Restrict(s) - at least that's what the invoice says.  In regular language we have received eight bear proof garbage/recycling containers that are now strategically placed around Camp Evergreen.  My challenge to you is to identify where each bin is! 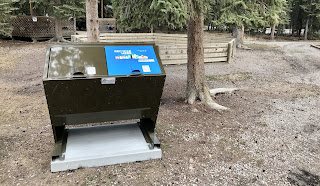 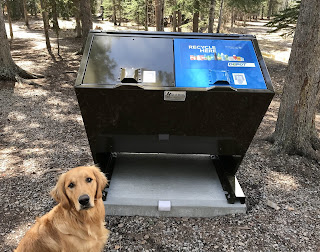 Some of you also might be wondering why on earth would we purchase what appear to be expensive garbage bins at a time like this?  Well you're correct.  They are expensive - Two Thousand Three Hundred and Seventy dollars per unit!  Kevin you do the math...  We will get to that later but on to the good news. 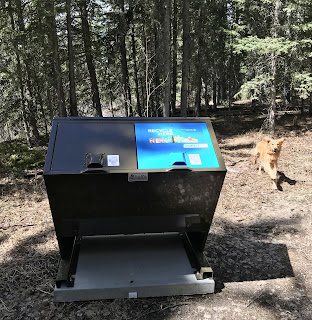 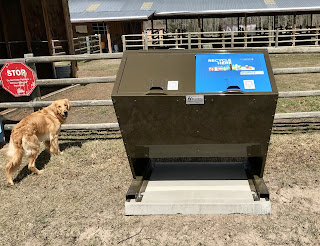 When Mountain View County allowed us to build a new lodge they placed a few (read a LOT!) of caveats on their permission.  One was to have bear proof garbage cans.  I've lived here almost "eight" years and have yet to see a bear.  I've seen bear scat (polite word for poop), I've seen Rolf's signs up - "Don't go any further bear activity",  I've seen bear foot prints (paw prints?), and I've seen several pictures of bears taken from game cameras on site.  So there are bears here, I just haven't seen one!  Well now we have bear proof garbage cans! 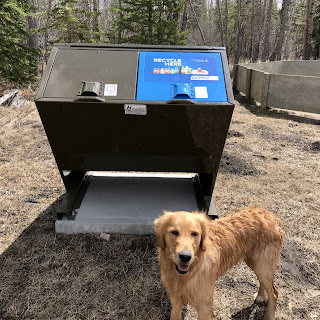 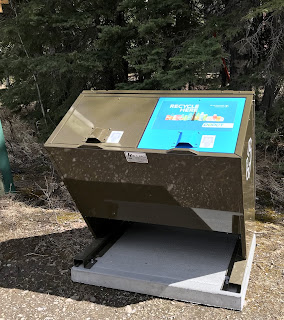 It's also nice to have eight aesthetically pleasing garbage cans around site.  The only down side?  We can't just send a couple of staff in the gator to pick them up for the Wednesday BBQ in the field.  These units weigh a lot!

And to the cost.  The total cost (that Kevin has already figured out) is $18,960!  That's a lot of money!  However, thanks to a grant from Alberta Beverage Container Recycling Corporation (thanks Jim) and Haul-All Equpment out of Lethbridge building them for us (thanks Twyla) and great Evergreen people to carry the ball while I was out of the country (thanks Marla, Courtney and Rolf) we got them for absolutely free!  You read that correctly.  No shipping cost no nothing!  See why I'm so excited! 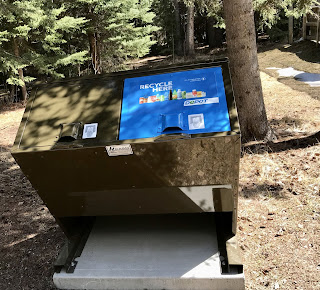 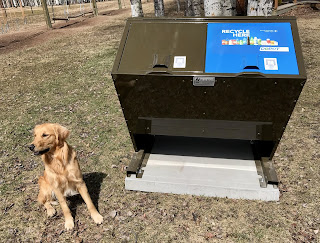 Evergreen To Go continues to keep us busy as well as brainstorming ways that we can engage, support and encourage our campers this summer.  We did get a ray of hope yesterday with the government opening up announcement regarding opening up the economy.  We will wait (patiently) to see where that goes.

As always your support is deeply appreciated!