I'd like to introduce to you...our new sign!  For those of you who have been to camp, you'll notice the sign in the middle is not new, however, it is surrounded by a new timber frame.  Rolf hasn't quite finished the frame yet, but since he had a skid steer on site decided to move it while he could.  The heavy timber frame is the style we like here at Evergreen and as we continue to reach higher we want to use this style and quality whenever we build.  The finished sign will have solar powered lights, a roof, flower pots and rain water collection.  Thanks Rolf for continuing to share your gift of woodworking with us. 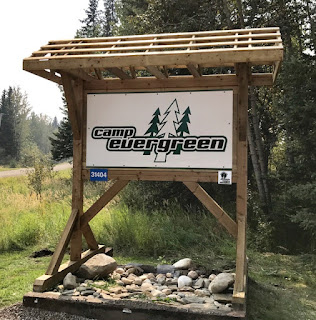 It's exciting to see continued progress on the new homes.  Our taper finished taping the drywall and that was quickly followed by the sanders.  The crew of five sanders finished both homes in less than three hours!  The ceiling guys textured the ceiling with something called "Knock Down Span Tex".  For a second I thought they said "Spandex!"  That would have been a little awkward.

Arnold was back to install the septic tanks and connect the water.  Some of you may remember Arnold donated his time at the very beginning of the homes to dig the foundations.  It was amazing to see him directional dig 300+ feet underground and pop up right where he wanted to.  Arnold and his crew were here for three days, partly because - as Rolf likes to say - there is lots of spaghetti underground everywhere.  (gas lines, phones lines, water lines etc. all criss-crossing) 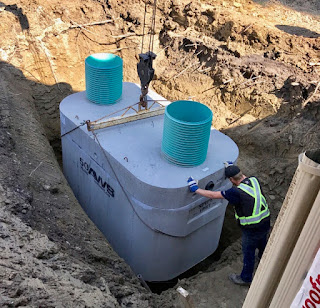 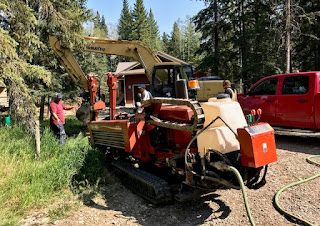 It was good to see Craig back again this week.  (We really like Craig!)  Craig brought Gary with him today and they were rolling, rolling, rolling on the primer coat of paint.  This means we're getting close to cabinets and some of the finish work! 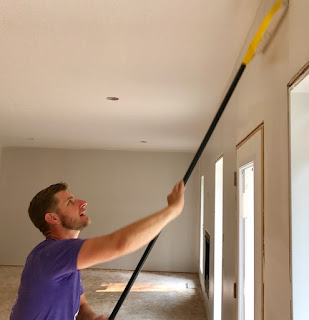 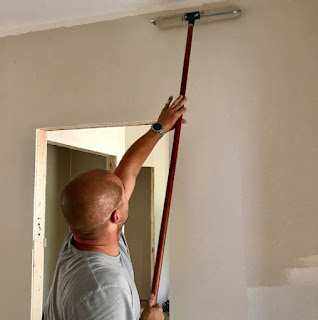 Our lodge hot water barely made it through the summer and as quick as we could we installed a new system right after camp.  After we add a fancy mineral filter we're hoping that this system lasts us a long time.  One of our challenges at Evergreen is a high mineral content in our water. 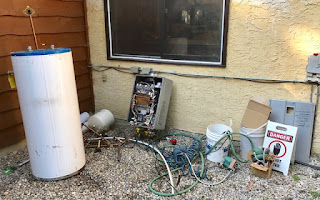 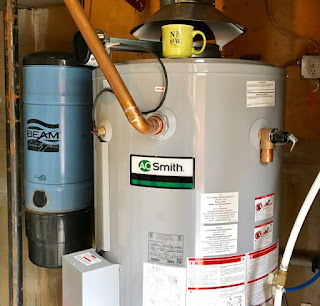 Fall has started.  Our first guest group of the season arrived yesterday - 73 grade seven students from Webber Academy.  It will take a few groups to get back in the swing of it, but its fun working with the students.  Please continue to pray for us as a staff.  Even though we have a great staff, we are small in numbers.  Several of our staff are down with sickness and we lost another staff to an air boot - so your continued prayer would be very much appreciated.

And finally - the most important number from this summer.  476.  That's the number of campers that we know of, who had their lives transformed by the power of Jesus.  That is very exciting and we're already looking forward to next summer to see what God will do!  I would like to say a big thanks to my Program Team - Jogee, Safety Lane and Dish Rack - for a great summer!

(My "guest selfie" this blog is none other than Jogee.)
Posted by Camp Evergreen at 2:34:00 PM