All About The Moves!

If you missed my "live" video (due to critical timing we were not able to actually go real live this week) of Rolf, Dylan, and Vince moving cabin 15 through the parking lot to it's new home you can catch an instant reply right here!  More about cabin 15 later.

For those history buffs out there I thought you might be interested to know where the old cabin you slept in as a kid has moved - several of them at least twice!

We moved cabin 6 to the RV site where it has been used the last couple of winters as a second skate shack for rink number two - especially during Pond Hockey.  We also used it a couple of summers ago as a seasonal staff cabin. 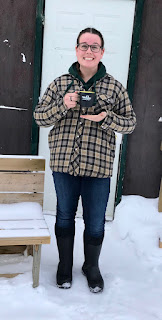 We moved the old mountain biking cabin (for this blog I'm going to pretend it was cabin 7!) across the creek and we're using it for Charge, Trails Away, and Adventure Camp storage! 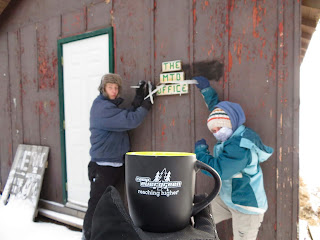 We moved cabin 8 to our old house for storage and we just recently moved it back near the lodge for storage.  (Are you sensing the common theme of storage.)  The plan is to renovate this cabin into long term archives.  It will most likely see some lost and found again this summer. 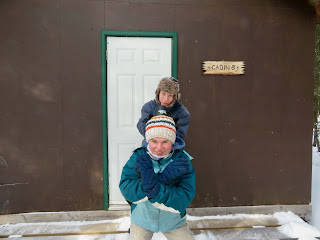 We moved cabin 9 initially over to Ken's old house - for storage - and have recently moved it back next to cabin 10 for our new out trips shed.  Water jugs, coolers, frying pans and the like will be stored here instead of over by the Welcome Centre. 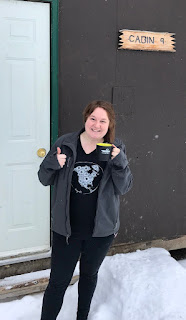 We moved cabin 10 next to the kitchen - initially to hold deep freezers for the free Gem and Pincher Creek beef!  (Thanks very much for the free beef by the way!)  We've added shelves to store lost and found and it also holds kitchen "stuff."  (paper plates, napkins, cups, etc.) 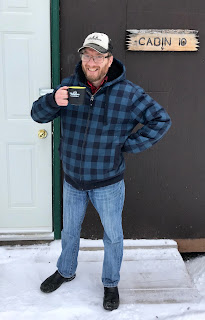 Cabin 11 was moved to Rolf's property and he's in the process of making it into a guest house.  I guess you could contact him if you're interested spending your next holiday there...

We moved cabin 12 across the creek as well where it is being used for paint ball right on the course. 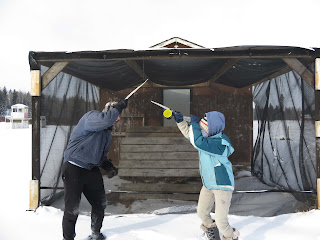 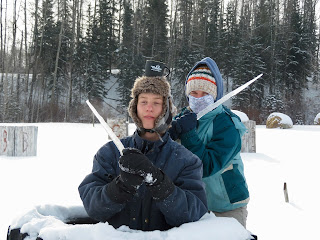 We moved cabin 13 - which barely stayed together - behind the shop for you guessed it...storage!  Be careful in there I believe there is a hole in the floor! 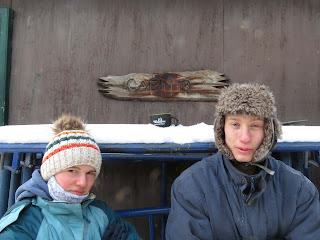 Cabin 14?  Not sure where this cabin went either?  Anyone have any good ideas?

And as already mentioned, we moved Cabin 15 next to the Welcome Centre primarily for John to have more program storage and a place to repair bows etc.  Our new skate sharpener will also be housed there! 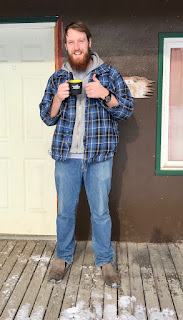 We moved cabin 16 down to Roughin' It where it serves as storage and extra dining space when it rains. 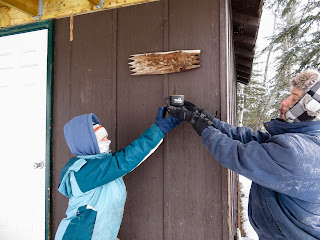 One thing you can always count on here at Evergreen is that things are always changing or moving or growing.   The other thing is we're always looking for storage!

Stay tuned next time for an update on how Reaching Higher Phase Two - the new lodge is moving ahead!