-35 is what I woke up to this morning.  Minus Thirty Five!!!  And then it got colder!  -37!  It seems that winter is trying hard to hang on here at Camp Evergreen and so far it's doing a great job.  We experienced the same snow storm yesterday as most of you did which created perfect snow shoeing and snow shoveling conditions!  In spite of the cold and in spite of the snow, our guest group arrived on site this morning which is a great segway into sharing our need for a new lodge. 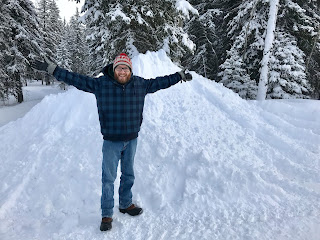 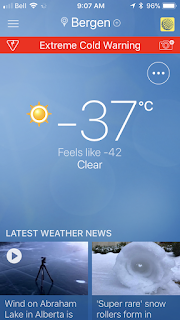 You may have heard of the phrase - there is no such thing as bad weather - only bad clothing.  While that may be true we are finding more and more of our guest groups have temperature guidelines from their school districts or head offices.  We're pretty happy working in -20.  (Well, pretty happy is a little subjective and it's safe to say we're usually not ecstatic!)  But once it gets colder than -20 things stop working.  Gators, quads, our hands, even Scamp. 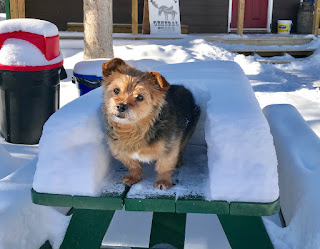 Today is a great example of why we are reaching higher with our new lodge  As we continue to push into the colder months we need the flexibility to keep on programing when it's -37 outside.  More meeting space today would have allowed us the opportunity to be more creative with this school.  An Adventure Centre today would have allowed us to climb inside and to have archery indoors.  Believe me it's much easier climbing inside than outside with 36.3 layers of clothes on!

If you're wondering what it would feel like to serve a school when it's -37, bundle up, stop by Courtney's office for a Hand Warmer, and join us as we do our best to give this school a great experience.  We're hoping some of the students come back as campers! 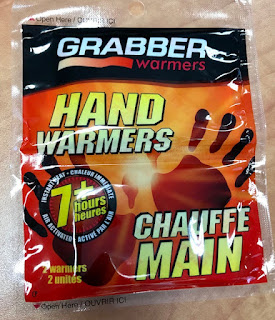 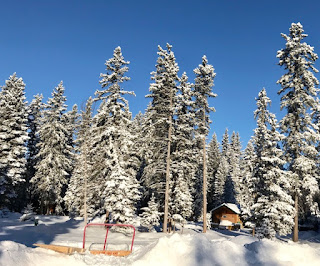 Speaking of campers - as of the writing of this blog we are 161 campers ahead of last year at this time with a total of 732 campers registered.  11 camps are full.  Remember last year our family camps filled up quickly.  29 minutes is all it took for our first family camp to fill this year.  That's got to be a record.

What's currently happening at camp these days?  A little of this and a little of that.  We re-painted and touched up the Creative Arts Building.  We're in the process of hanging curtains in there so when we use it as a band clinician room the trombones won't bounce off the walls quite as much.  The Mini Lodge's main room got a fresh coat of paint.  Rolf is working on the new beverage bar counters when he's not plowing, plowing or plowing.  Max and Dylan are working on garage shelves for the new homes.  There is no shortage of things to do. 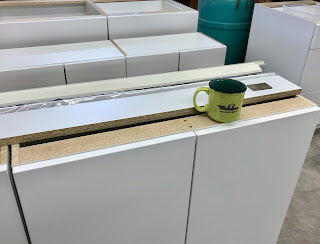 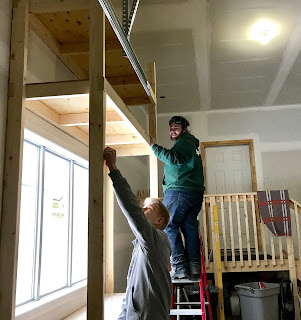 With weather like this - I can hardly wait for summer! 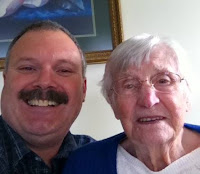 The Evergreen Shuffle - not to be confused with the Rankin Families "Mull River Shuffle" - is the staff here at Evergreen moving from house to house.  Here is the skinny: 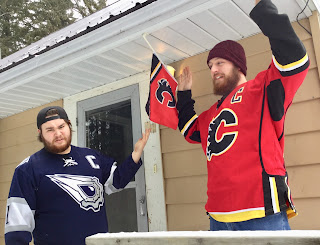 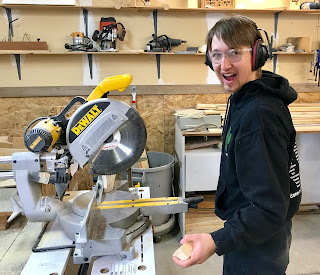 Thankfully this didn't all happen at the same time as we've been sharing the 1 ton truck for moving!  We're hoping the end result will give us a little more elbow room in the lodge for guest groups and campers as space continues to be one of our challenges.  So we've built some more bunks, fixed some walls, painted some walls and anticipate the shuffle finale is about a week away. 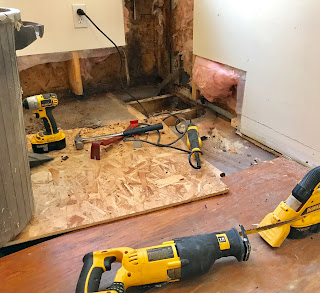 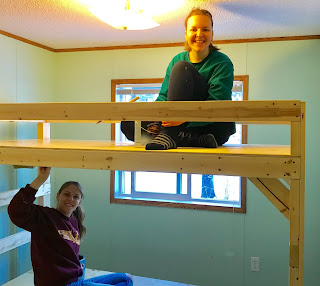 Speaking of space, space is rapidly disappearing in our summer camps.  At the time of this writing we are 125 campers ahead of last year, we have 650 campers registered and seven of our summer camps are already full!  That means we were already turning campers away in January which is the main reason we are reaching higher.  We want more kids to be able to experience the life changing experience of summer camp.

Now that the homes are finished, the board and building committee have turned their focus to the new lodge.  The biggest challenge we have - at least from this directors perspective - is fundraising.  Fundraising is difficult, I guess that's why they don't call it Easyraising!  As many of you already know, we are very close to raising our first million through cash and pledges.  We've raised $974,452.11 to be exact.  Where did the eleven cents come from you might be asking?  We've had quite a few young children support us, and sometimes they give us their hard earned cash money in pennies.  These children are an example to those of us who can give more than pennies! 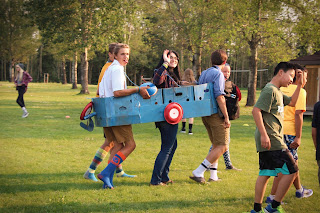 My encouragement today is to all our supporters who are not quite willing to make a commitment, not quite willing to make a pledge - just in case we don't end up building.  I don't know if I can make it any clearer - we are building.  We have to build.  Did you read those numbers two paragraphs ago.  We're turning campers away in January!  The question then is not if we're building, but when we're building.  The trouble with waiting for "someone else" to donate before we donate, is that then we will be waiting a long time - time we just don't have.  Your pledge doesn't have to be a lot.  (However if it was a lot that would be good!)  We just need your pledge. 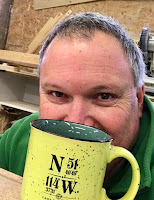