Remember me telling you about all the ducks we need to get in a row before we can start the new lodge this coming October?  (In case you missed it, the board voted to start the new lodge this October!)  Well Finn is doing his best with the ducks!  Since we last visited, some more unexpected ducks showed up in our pond!  There seems to be ducks coming out of the woodwork so it's a good thing we have a golden retriever on staff!  Way back in August, we hired a geo technical company to drill test holes where we want the new lodge to go.  They came, they drilled, they reported, and said yes, the ground where you want to build the new lodge is solid.  We continued to move ahead. 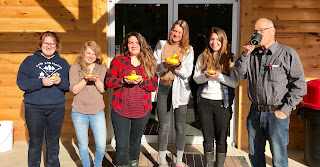 Last week we submitted our application for a development permit and were planning to start removing trees at the beginning of April - while our busy season is still about a month away.  And then, just like that, another duck showed  up!  It seems that even though we have a professional report on the stability of the ground, the county needs to still talk to the provincial government about our set back.  We're optimistic that the Alberta government will recognize our report, but you never know.  That means rather than starting to cut down the trees as we had planned...we find ourselves trying to get some more ducks in a row! 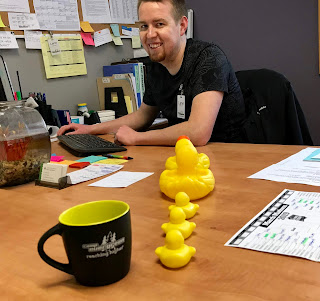 Another duck we found this week was the provincial election!  Who would have thought an election could be a duck?  If you didn't know, just prior to an election, counties are not allowed to "bother" the provincial government.  This could very well mean a delay in our development permit! 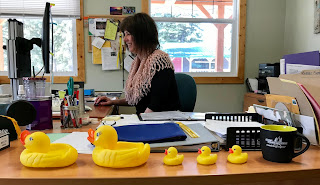 But not all ducks are bad.  The final duck for this blog is a 350K duck.  Since we voted to go ahead with the new lodge, $350,000 in pledges has come in.  How exciting is that?  This lodge will not get built if we all just think it's a good idea and it stops there.  This lodge will not get built if we all think someone else could and should donate.  The only way this will get built is if we all participate together, if we all give sacrificially.  We're not giving to a building and we're not giving simply to put up concrete walls.  We're giving for the opportunity to share the life changing Good News of Jesus Christ like never before. 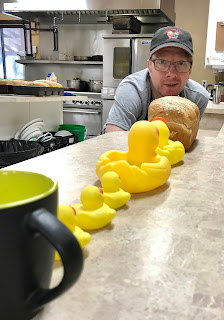 We have a unique and distinctly powerful formula here at Camp Evergreen.  Guests return as campers every year.  Every summer campers come to know Jesus for the first time.  It's as simple as that and that is what we're giving towards.  Eric, our board chair, shared from Luke 11:8 at our last board meeting.  Jesus encouraged us to ask with shameless audacity.  It is with this same shameless audacity we ask you to join us, as we "tell the next generation the praiseworthy deeds of the Lord, His power, and the wonders He has done."  Ps 78:4 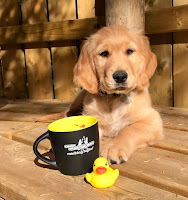 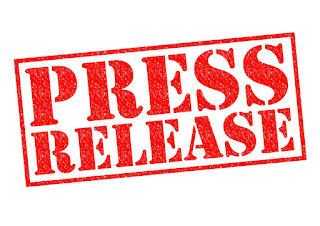 Last Saturday I was reminded of the go/no go for launch sequence that is used before a space craft launch.  One of my favourite movies is Apollo 13 staring Tom Hanks.  You can listen to the go/no go clip here.  Go/No Go 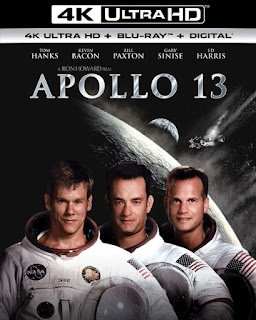 Here at Camp Evergreen we had our own version of go/no go with the new lodge.  We have been talking about a new lodge since before my time here at Evergreen.  There have been numerous plans drawn up.  These plans have changed, the location has changed, but one thing that hasn't changed, is our (strong) desire to see more children, youth, and families, experience the life changing Good News of Jesus Christ.

What happened last Saturday to make me think of this sequence?  After a ton (and by a ton I mean a ton!) of hard work, of background work, of talking with the county, of talking with Alberta environment, hiring a geotechnical company, submitting an application for a waste water treatment plant, working on a business plan, we were able to go through our own go/no go sequence at the board meeting and clear Camp Evergreen for building a lodge.

On Saturday March 9 the board of directors said GO!  This was no ordinary GO. This was not your run of the mill, go get milk from 7-11 type thing.  (Right Fritzi?)  This wasn't even go at the beginning of jug and jog!  This was a monumental GO to start building our new lodge in October of this year.  You read that correctly.  No need to re-read it again as I'll do it for you.  We have said yes to starting our new lodge this coming October! 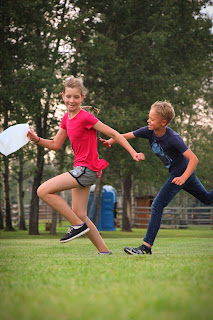 There was a ton of work that brought us to this point.  And there is even a bigger ton (I guess you'd call that two tons) of work that needs to be done before October.  It is a very tight time line but we are trusting that God is asking us to move forward in faith, as without His leading and guidance, it will not get done. 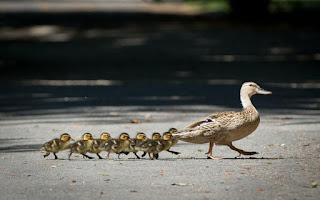 Ducks now need to be put in a row.  Lots of ducks.  Some of these ducks we have control of and others are in the middle of the pond out of reach!  I already ran into (not over) two ducks "not in a row" as I applied for a development permit this morning.  One of the largest ducks?  Your support as we move forward.

Stay tuned as I do my best to keep you in the pond - I mean in the loop!